In an increasingly demanding device ecosystem, assisting smaller carriers in gaining access to hard-to-reach devices is crucial in maintaining a competitive environment. ACG was formed to benefit both its members and consumers by facilitating efficient production and marketing of devices. The consortium enables its members to work with manufacturers, suppliers and other vendors to quickly develop and procure scarce or difficult to obtain products through economies of scale and standardization of coding and other features. Since its inception in 2005, ACG has given its members access to 11 million devices.

Russ Lipinski, president and executive director of ACG, said, “This agreement is another critical step in allowing small- to medium-sized carriers access to niche products and other devices that are challenging to secure.”

CCA strongly supports the evolution of the Device Hub into ACG, and the organization’s ongoing efforts to assist regional carriers in gaining access to devices. “The partnership will continue to advance, build and leverage ACG’s buying power and, ultimately, allow for greater competition. It’s a win for both carriers and customers,” said Steven K. Berry, CCA President and CEO.

Jay Bluhm, Vice President of Network Development and Engineering at Sprint said, “Sprint is committed to helping smaller carriers get access to the devices their customers want. We are excited for the new agreement with ACG to bring a combined device roadmap to regional carriers using procurement processes they are already familiar with and an activation process enabling these devices to work seamlessly on their networks.”

ACG was formed to benefit both its members and the consumer by facilitating efficient production and marketing of devices as well as technical device testing. The consortium enables its members to work with manufacturers, suppliers and other vendors to acquire more timely access to relevant LTE & CDMA devices.  ACG presently has thirty-one Member Carriers based in various markets throughout the United States and Puerto Rico.   More information is available at www.associatedcarriergroup.com.

CCA is the nation’s leading association for competitive wireless providers and stakeholders across the United States. The licensed service area of CCA’s nearly 100 carrier members covers 95 percent of the nation. Visit www.ccamobile.org.

Sprint (NYSE: S) is a communications services company that creates more and better ways to connect its customers to the things they care about most. Sprint served 54.6 million connections as of June 30, 2018 and is widely recognized for developing, engineering and deploying innovative technologies, including the first wireless 4G service from a national carrier in the United States; leading no-contract brands including Virgin Mobile USA, Boost Mobile, and Assurance Wireless; instant national and international push-to-talk capabilities; and a global Tier 1 Internet backbone. Today, Sprint’s legacy of innovation and service continues with an increased investment to dramatically improve coverage, reliability, and speed across its nationwide network and commitment to launching the first 5G mobile network in the U.S. You can learn more and visit Sprint at www.sprint.com or www.facebook.com/sprint and www.twitter.com/sprint 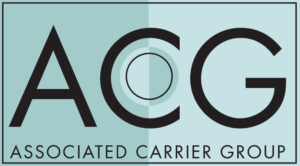